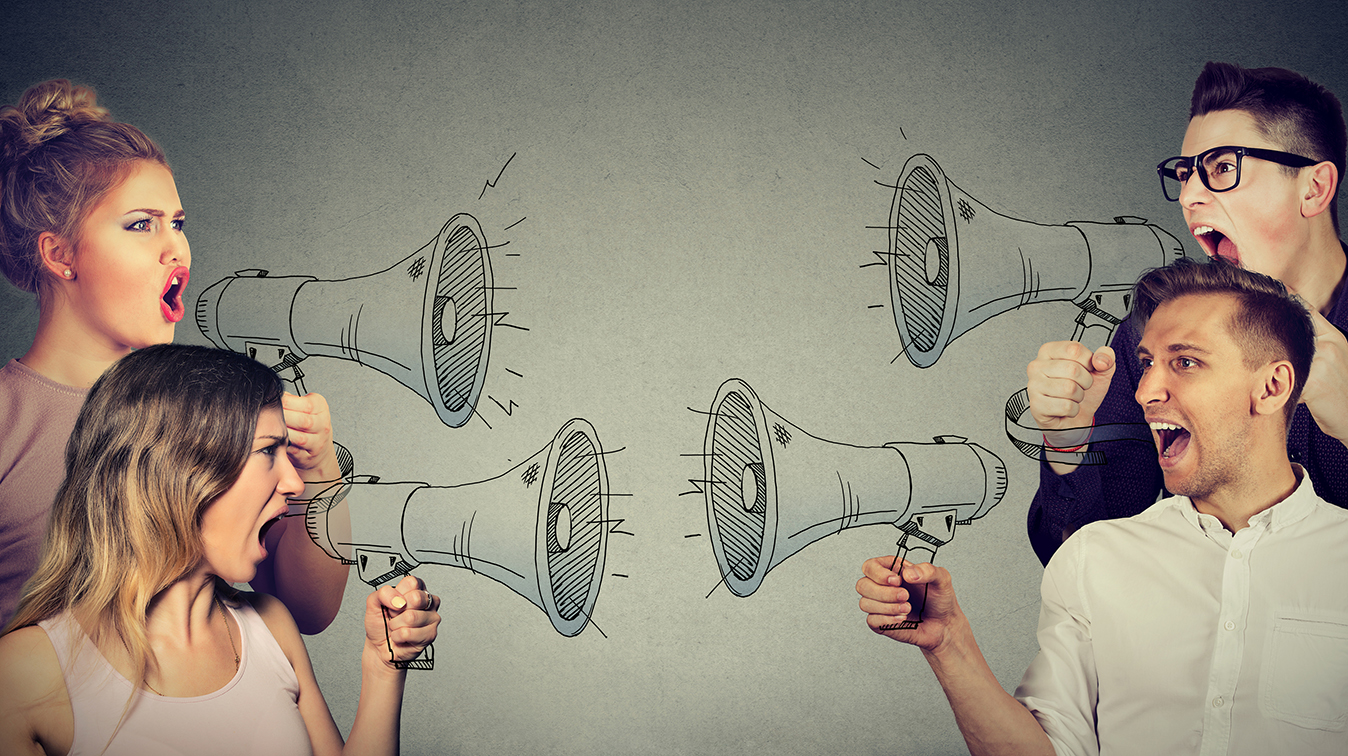 According to a January 24, 2020 NY Post article, a feminist professor by the name of Selina Todd has been threatened by transgender activists to the point she is now required to have bodyguards when she speaks. Her crime? She dared to say that she could not support transgender rights because they were in danger of harming the rights of women. Interestingly, she had initially supported transgender rights until she discovered the infringement on women’s rights. (https://nypost.com/). I am personally not advocating for women’s rights above the rights of men or any other group. Still, I find the irony of this situation humorous.

I have to laugh sometimes at the collision of rights we are seeing in this country as varying groups are vying for total autonomy. It’s a utopian ideal every human wants without the intervention of Christ transforming our hearts. It is firmly planted in our fallen human nature to be egocentric and see the rest of the world in relation to how it best serves us. The world wants to create its own moral standard without God as its source. When opinion is the source, however, it necessarily must be always changing. However, this perfect ideal is a like a sculpture made of sand. It appears to be solid, but the slightest disturbance causes it to crumble. It reminds me of the man who built his house on the sand, and our courts might want to read that story in Matthew 7.

A perfect example is what we are seeing between the transgender activists and the feminists. As in the case mentioned above with Ms. Todd, both groups are adamant about asserting their rights above the rights of others. The transgender activists want equal access to women’s facilities including restrooms and locker rooms and have even lobbied for the right to participate in women’s sports. These are in direct violation of Title IX, a right that the feminists fought hard for. “Under the Title IX common rule, recipients of federal financial assistance must not discriminate in providing facilities on the basis of sex. A recipient may provide separate toilet, locker room, and shower facilities on the basis of sex. However, such facilities provided to one sex must be comparable to the facilities provided to the other sex.” (Dept. of Justice, justice.gov).

This is coming to a head in many schools where indeed transgender athletes have been allowed to participate and are dominating. Young women are losing not only the potential for victory, but also for scholarships. The loss of scholarships may have a profound effect on the future corporate workforce if less women are able to attend college. This will thereby reduce the number of women qualified for certain positions and companies may have to lower standards in order to accommodate a certain gender ratio. While current law does not demand such a ratio, it can be used as evidence in a sex discrimination lawsuit.

As much as the transgender activists may want to claim that they are being discriminated against on the basis of sex, they aren’t. But this is currently being discussed in the courts. What will happen to this country if sex is determined legally to be just a construct of one’s own mind. We are already seeing this to some degree. Imagine, however, a teenage girl sharing a locker room with a grown man at the gym. If this doesn’t send chills down your spine, it should. “To date, 21 states, the District of Columbia, and a significant number of major cities have passed laws making it illegal to prohibit transgender use of these facilities.” (ihrsa.org). Thus in many states it would be illegal for certain institutions (applications and specific laws vary by state) to prevent transgenders from using their facilities.

For example, in 2018 a woman called Mrs. H. complained to the staff at Planet Fitness of a man named Jordan Rice in the women’s locker room standing near the mirror pretending to apply makeup for over an hour. In looking at the mirror he had a clear view of women undressing in the locker room. According to reports, this was not the first incident at the facility. He had been previously reported for exposing himself in the women’s locker room. Mrs. H’s complaint, however, was not met with an apology to her and the other women and asking Mr. Rice to leave. Rather Mrs. H.’s membership was revoked for violating their transgender policy. What’s even more outrageous is that Rice called 911 and claimed he was the one being sexually harassed. According to a Christian Post article by Samuel Smith which cited Planet Fitness’s response to a letter from Liberty Counsel, Planet Fitness made the following statement: “Planet Fitness is committed to creating a non-intimidating, welcoming environment for all of our members and their safety and privacy is our top priority. Under our gender identity non-discrimination policy, members and guests may use all gym facilities based on their sincere self-reported gender identity.” (christianpost.com).

As Liberty Counsel pointed out, Planet Fitness was in direct violation of Florida’s Civil Rights Act which prohibits discrimination based on sex. Based on sex, not gender identity; based on biological fact, not feelings. The Civil Rights Act, as well as the Federal Amendment Title IX, require equal but separate facilities for men and women, not free access to either. By allowing a man into the women’s locker rooms, they deprived Mrs. H. and others of this right as well as putting those women in danger of sexual assault.

This case is not unique. Other cases include a transgender woman who assaulted a teen boy in a Walmart in Durant, OK, the assault of a 5-year old in a school bathroom by a student claiming to be gender-fluid in Georgia, an assault in an Indiana Walmart, and numerous reports of sexual harassments or assaults in various Target locations (https://downloads.frc.org/EF/EF16F27.pdf).

This entire situation is a perfect example of why truth cannot be relative. What is good in the eyes of one is not necessarily actually good. What is most frightening is that we are shifting in society from governing for the greater good to governing for the loudest voice. While not necessarily based on biblical principles in the past, our courts did at least generally rule in favor of protecting people and aired on the side of caution. Now it seems that rulings are made as political statements rather than attempting to accurately adjudicate the law. Sadly, many people are getting hurt in the crossfire of a political ideological war that has had real victims.

So why is this hypocrisy allowed? Why is that it is okay to blatantly violate the rights of women but not of the transgenders? To further exacerbate the outrage, the transgendered individuals chose to engage in such behavior as cross-dressing whereas women did not choose their biological sex. As a former transgender myself, I fully understand the desire to dress and be affirmed as the opposite sex. However, after many years of hormones, surgeries, and living as male I came to the inevitable conclusion that it wasn’t real. No amount of affirmation or body modification ever made me a man. So, while we want to be kind and compassionate, we cannot just roll over and allow the courts to trample on the rights of innocent bystanders who just want privacy in what should be private facilities reserved for those of the same sex.