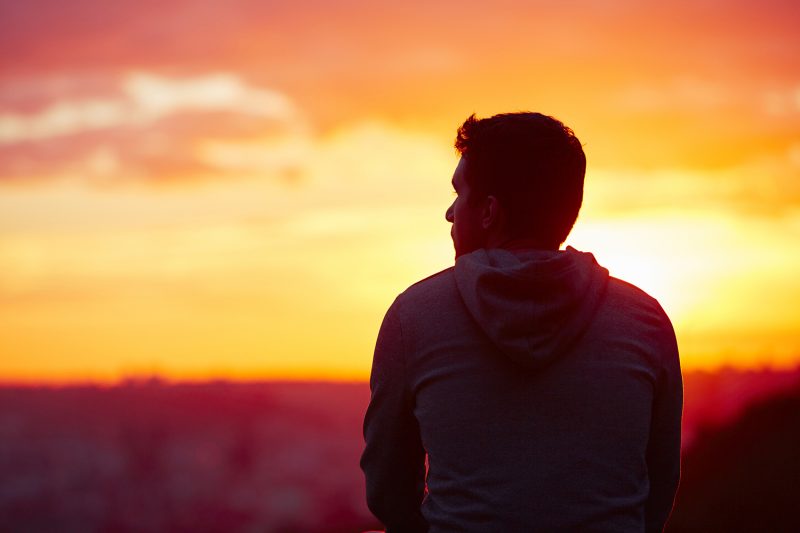 There is a rise in a recent theology that sounds really good, but I think is being used of Satan to keep people (who genuinely want to follow Christ) in bondage—a slave to this gay identity, and to additionally to shut the mouths of Christians who might speak the truth. Dr. Everett Piper stated on the Pat Campbell Show, “Jesus tells us to confess it [our sin]. He doesn’t tell us to sit around and talk about it, and I don’t see anywhere in the Bible where Jesus hyphenates our Christianity, or hyphenates the fact that we are to treat Him as Lord.” (Dr. Everett Piper. 2018, June 8. The Pat Campbell Show). Dr. Piper often uses the term “hyphenated Christianity”, so I have borrowed that term from him. It perfectly describes what the proponents of this movement are doing.

Here is an example from centerforfaith.com—the leaders of which were part of the 2018 Revoice Conference in St. Louis, MO. Below is one of their “Statement(s) of Marriage, Sexuality & Gender”, with which I take a few exceptions.

“#1: According to God’s design and intent, sex difference (male and female) is an intrinsic part of what marriage is. While same-sex marriage is legal in some countries, it does not represent a historical, Christian view of marriage,” (centerforfaith.com).

See the wording? Why don’t they say same-sex marriage is an abomination to God? That’s what God said. It’s not about a historic, Christian view of marriage. What any religion says is irrelevant, they need to know what God says. God has made it very clear in His Word: “Thou shalt not lie with mankind, as with womankind: it is abomination.” (Leviticus 18:22). There is little incentive to follow a historic, Christian view of marriage in my opinion. Christians and the church have had many wrong views over the centuries. And I know at the Revoice conference in St. Louis, this is exactly what they claimed, and yet they mocked it in some of the audio clips. On the one hand it is touted as their “we’re not in sin mantra” because they are adhering to the “historical, Christian view”. And yet, it was sort of the inside joke at the conference. One of the speakers, Eve Tushnet, said, “we try to be faithful to the historic Christian ethic with the fidelity of David!” In other words, they admitted to being unfaithful. She repeats this on her own website with an cavalier LOL: “All of us rely solely on His grace and mercy; and that’s good, because otherwise we’d create communities where Pharisees are honored and those of us who uhhhh… aspire to the fidelity of King David, are outcast. (Lol there it is, I don’t take it back, this is the point I was trying to make by beating up on King David.)” (https://www.patheos.com/blogs/evetushnet/2018/07/her-mistresss-hand.html). And while this poor soul believes she is trying to obey God (at least by her own admission), she identifies as a “lesbian Catholic”. Why identify yourself with sin in a way that ties you to that identity? Now yes, there is value and necessity in admitting something you have been identified as or have identified with, and repenting. But you don’t continue to identify with your sin. One would not claim to be a Christian and yet hyphenate it with, “I’m an adulterous-Christian”, or “I’m a lying-Christian”, or an “alcoholic-Christian”. If you do, you ought to seriously consider whether you have genuinely repented. And it isn’t to say that once you renounce those identities you will never commit those sins again. I certainly hope not, and it is certainly not excusable because there is forgiveness, but to continue to identify with your sin is to keep the chains on once you’ve been given the key.

#3 (from centerforfaith.com) “The Fall has corrupted God’s original intent for human sexuality in all persons; therefore, all people—straight or non-straight—experience corruption in their sexuality.”

This looks like a very innocent statement, and it’s actually correct to some degree, but it is the crux of why I think this theology is so bad. The labels of straight or non-straight are defined by man’s wisdom, not God’s. Nowhere in the Bible does God ever refer to a single person as “straight”, “non-straight” or use the word orientation. The term homosexual is different from these terms in that it is not describing an inherent characteristic, but rather describing one who practices those behaviors. The literal definition is a sodomite. There are two Greek words referenced in 1 Corinthians 6 related to homosexuality that are blurred together in some translations, but actually have different meanings. One is the Greek Word aresnokites, meaning the one performing the act of sodomy (most often translated homosexual) and the other, malakos refers to the one receiving the act. (https://www.neverthirsty.org/bible-qa/qa-archives/question/what-is-the-biblical-definition-of-sodomite/). The Bible never defines individuals as being these things, but rather as those who practice them.

Secondly, blaming sin on corruption excuses it. At the very least, it allows people to feel less bad about it because it removes some of the culpability. I believed this when I first left the transgender lifestyle and I was trying really hard to be obedient to the Lord, but I occasionally still struggled with those desires because it was just my “lot in life”—my corruption due to the fall. Perhaps it was like being born deaf or having down syndrome or something like that. But that is, in effect, blaming God for sin. God allows birth defects, certainly, but those are not sinful. There is a huge difference. James 1:13 says, “13 Let no man say when he is tempted, I am tempted of God: for God cannot be tempted with evil, neither tempteth he any man.” And while we inherit a sinful nature from Adam (Romans 5:12-14), no sin is beyond the redemption of Christ. To claim so is to say that crucifixion and shed blood of Christ as our sacrifice is not enough and rendered incomplete and ineffective to free us from our sin. And further, He was raised from the dead to set us free from our sins, that our sinful nature would be dead and buried with Him and that we would walk in newness of life (Romans 6).

But I have learned from studies done over the years, along with many in my personal interactions, and stories I have read online and from counselors I have talked to, that nearly all LGBT-identifying individuals have experienced some kind of trauma or something in their childhood that caused these feelings and desires. In almost every case there has been sexual abuse of some kind. No one is “born that way”, no one is gay, no one is homosexual, no one is transgender. These labels are all rooted in feelings and desires, not biological reality. But even if they were abused or someone led them into that lifestyle, there is still a moment where they rejected the truth they knew because they wanted to satisfy their own lusts. Or, in the cases of many stories I know, including my own, it is not even as much about lusts as it is rejecting your own body and identity due to painful experiences. Whether they have heard the Word of God or not, every man and woman inherently knows homosexuality is wrong—it is biologically evident that male and female fit together. They need Jesus most importantly, and He can heal those feelings/desires through faith.

It was not until AFTER I walked in obedience and after I trusted Him to take away those feelings that I was set free. To tell someone they may be homosexual or have same-sex attraction, as if it is something that cannot helped or may not go away, is not the hope of Christ. I think the reason this is SO critically important is because God wants us to walk by faith. He delivered me after faith, not before. Hebrews 11:6 says, “But without faith it is impossible to please him: for he that cometh to God must believe that he is, and that he is a rewarder of them that diligently seek him.” Faith that He will deliver is critical. But if we hang onto same-sex attraction or transgender identity, it demonstrates a lack of faith and a rejection of His design.

Dwelling on or fantasizing on the thoughts, in itself, is sinful. Jesus said, “27 Ye have heard that it was said by them of old time, thou shalt not commit adultery: 28 But I say unto you, that whosoever looketh on a woman to lust after her hath committed adultery with her already in his heart.” (Matthew 5:27-28). This movement of telling people it is okay to be same-sex attracted as long as you remain celibate is a lie from the pit of hell. I have heard of many people that have come of out homosexuality but identify as gay or SSA (same-sex attracted). Eventually, many will go back to it because they just can’t deny it anymore. They need to have faith that Jesus will completely deliver them, and they need to cast down any lustful thoughts and die to the identity of being gay. To walk in the Spirit and to walk in newness of life as a new creation is to completely die to the flesh, not to hang on to it. (see Romans 8:1-18).

Speaking the truth in love, rebuking sin and exhorting are not unloving, nor are they slander, dehumanizing, or oppressive. But that is what many of the proponents of this gay-Christian theology would have you believe.

God’s Word has to be the final authority. It alone is our straight edge by which a man must be measured. Christians are often accused of judging, but Christ is our judge—not just us, but He will just the entire world. That said, it is loving to tell people what His Word says.

If we allow people to believe they are same-sex attracted or transgender and just need to be celibate, it will lead back to sin: “For out of the heart proceed evil thoughts, murders, adulteries, fornications, thefts, false witness, blasphemies:” (Matthew 15:19). Fornication starts with what the heart desires.

Most importantly, is this:

John 8:36, “If the Son therefore shall make you free, ye shall be free indeed.”

Galatians 5:1 “It was for freedom that Christ set us free; therefore, keep standing firm and do not be subject again to a yoke of slavery.”

I am not sure if those who have not struggled with homosexuality or gender dysphoria know what bondage these feelings are. What hope of the gospel of Jesus Christ is it to preach obedience without freedom? It’s like preaching His death without His resurrection. We need to tell people stop believing these lies about themselves and believe the Word of God and walk in faith in Christ.

“The resurrection has been so helpful to me as a Christian, because when I remember that that tomb is empty, then I recognize that there is no temptation that I cannot walk free from.”