Have You Burned Your Books? 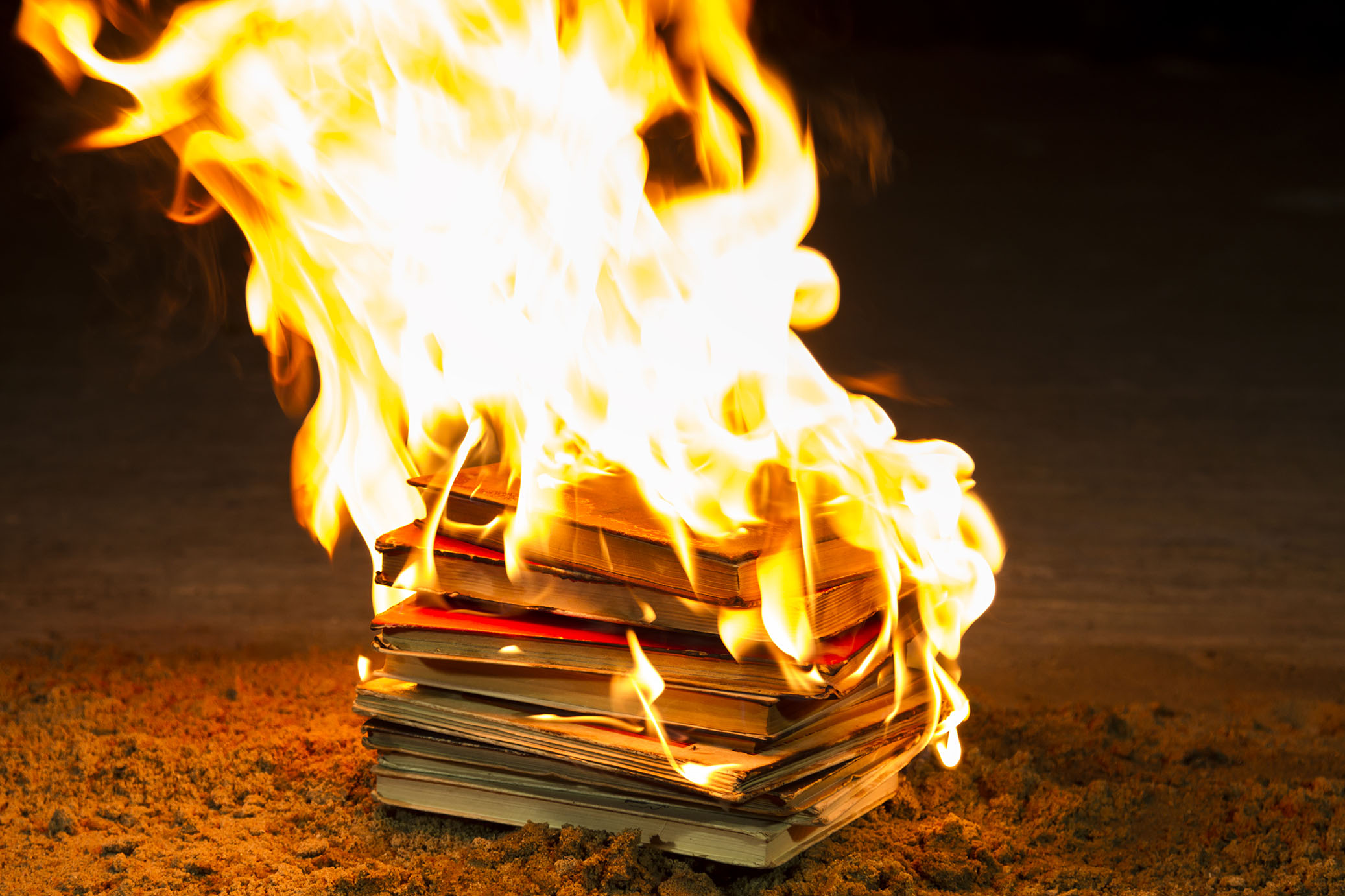 In Acts 19 we are told that God did special miracles through Paul, so much so that people brought handkerchiefs that had touched Paul’s body to the sick. It says their diseases left them and the evil spirits went out of them. Some Jews saw the miraculous power that Paul had and tried to cast out an evil spirit themselves and it didn’t go so well. They knew about Paul’s message, but they did not have the same power. “14 Also there were seven sons of Sceva, a Jewish chief priest, who did so. 15 And the evil spirit answered and said, “Jesus I know, and Paul I know; but who are you?” 16 Then the man in whom the evil spirit was leaped on them, overpowered them, and prevailed against them, so that they fled out of that house naked and wounded.”

This caused a great fear of the Lord in the city. Look what happens: “17 This became known both to all Jews and Greeks dwelling in Ephesus; and fear fell on them all, and the name of the Lord Jesus was magnified. 18 And many who had believed came confessing and telling their deeds. 19 Also, many of those who had practiced magic brought their books together and burned them in the sight of all. And they counted up the value of them, and it totaled fifty thousand pieces of silver. 20 So the word of the Lord grew mightily and prevailed.”

They came, they confessed, and they publicly announced and told of their evil deeds. The next verse says they took radical steps to turn from their sin. They publicly burned their magic books as a public display of their renouncing of their sin.

I had “prayed the prayer” so many times in my life but never once had a real change of heart. It was not until I began to specifically confess sin and turn from it and made Christ Lord that I was saved. And then God really turned up the fire in me when I began to confess publicly to the church and even to the world what I had done and yet how Christ had redeemed it. There is a reason that Revelation 12:11 says “And they overcame him by the blood of the Lamb, and by the word of their testimony; and they loved not their lives unto the death.” Our testimony is what Christ has done in us. It tells of the resurrecting, transforming power that raised Him from the dead that has now resurrected us. I’ve heard the phrase many times Christ did not die to make bad people good, He came to die to make dead men live. But sometimes we want to gloss over the sin that had enslaved us, that we were dead in in the first place. Some of us have forgotten how dead we were. Those who are caught in that sin cannot understand the freedom we’ve found until they see their sin and the wretchedness of it. People will not want to be better until they see the need to be. By confessing our sin, we will lead others to confess it as well.

I am grieved for the numbers of people we have filling our pews in churches across this nation that have no understanding of sin. They come and hear how to live righteously, but they never hear of the wretchedness of their own soul. A call to righteousness without repentance simply leads to efforts in the flesh to please God by works. But a hard look in the mirror and seeing ourselves covered in the filth of sin drives us to throw ourselves at the foot of the cross and cry out for mercy.

Please listen to the linked podcast below this article from Todd Friel on the reality of the horror and shame of the cross and how we are to reckon ourselves crucified with Christ on it. Christ did not come to make us comfortable, to make us feel good, or to give us “the good life” or a trouble-free life. We must reckon ourselves crucified with Christ that we might be raised to and walk in newness of life. That starts with true confession that is far deeper and more cleansing than a one-sentence, cookie cutter prayer that includes “I confess all my sins”. In a legal court case if one confesses to committing the crime, he must actually confess what he has done. A judge will not accept “I’m guilty of a few things”.

If you are still struggling with your sin, maybe its because you haven’t publicly burned your books yet. Maybe you haven’t fully renounced it. Maybe you have asked forgiveness, but you still miss it and you wish you could hang on to it.  Maybe your keeping your “books” (whatever tie that might be to your old life) hidden where you think no one will see. There is a growing movement that is creeping into the church that is telling people who struggle with homosexuality that it is okay to identify as homosexual as long as they are celibate. This is like opening their prison cell door but leaving them chained to the wall. They appear to be free and people walking by might think they are free. But if we continue to identify with our sin, we will never truly be free.

I’m not saying you will never again be tempted. Satan will use that against you if he can. And if he can’t, he will find something new to temp you by. But how can you burn your books today? If you struggle with any kind of sexual sin, cut all ties to that sin including relationships outside the covenant bond of marriage between one man and woman, stop all pornography use, and find someone to keep you accountable. Confess your sins to them and ask them to help you stay pure. First Stone Ministries offers support groups if you live in the Oklahoma City area. If not, we have many materials available on our website. In addition, Covenant Eyes is a software program that will send a confidant reports of any illicit screen images and can help keep you accountable for staying off of pornography.

True repentance should break our hearts over our sin. To truly be repentant is more than taking a few steps to not do it again. There should be a great sorrow over our sin as we begin to see what that sin cost our Savior. Recognize that “…the wages of sin is death; but the gift of God is eternal life through Jesus Christ our Lord.” That gift of God is free, but it will cost you everything. It costs the laying down of your life in surrender to Him, but only He can raise you out of your and out of the curse of death. Only He can give you new life.