Oh, Be Careful Little Eyes What You See 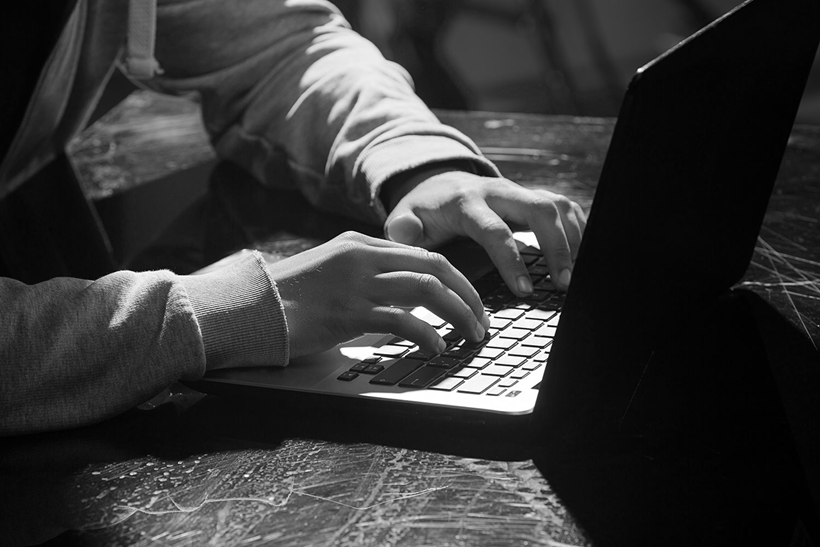 Growing up in the late eighties and nineties, our educators’ approach to child safety was in a scary but simplified message: “Stranger Danger!!” We were taught that a predator was an older, scary-looking man. In the videos he was often leaning out the window of his grungy, unmarked van, enticing innocent passing-by children with lollipops. If we were to be so offered, we were instructed to yell “Stranger Danger!!” and run away. There was even seemingly (to us kids at least) the suggestion that we all ought to wear a whistle. That way, if we encountered such a creepy fellow, we could blow our whistle and attract the attention of a nearby adult, scaring him away. To this day I cannot recall a single child who took them up on this suggestion.

Nevertheless, we viewed sexual predators as big, scary, and easily identifiable men whom we could simply run away from. That left me confused and ashamed. I had already been molested. Only, my experience had not been such an encounter as the cheesy, public education videos had described through poor acting. I was molested by a nine-year-old boy—a boy only a year older than me. I knew what we had done was wrong. I wanted to be afraid and to hate him for it and to react like the girls in the video. But my body had responded to him and it was not the scary experience it should have been. I hid the shame of this for twenty-five years before finally confessing to my mother what had happened. I had blamed myself. I hated myself for enjoying it.

My childhood was robbed that day and I spent the next twenty-five years seeking fulfillment and love through sex. Though I had a healthy, loving relationship with my dad and my brother who never harmed a hair on my head, my view of love had become warped; warped like a piece of perfectly formed plastic left in the sun too long. It had melted and twisted into a hideous, gaunt, unrecognizable form. As a result, I began to experiment with friends. Eventually, at the age of fourteen I began looking for virtual sex online when I could not find enough interested friends.

My parents saw the warning signs: a program on our family computer kept continually getting installed: “Betty Bad”. If I recall correctly, it was accidently installed the first time when I visited a gaming site. But after that I was hooked, and I began to explore the virtual world. Thankfully, in that day it was very mild compared to what is available to kids these days. This pornography addiction would sink its claws into my tender flesh, however. Over the years the pornography my eyes consumed drifted from “soft” to more moderate to hardcore and eventually spiraled down into skirting the edge of what was even legal. I was so ashamed that what I was watching was vulgar and yet the more I watched, the more intense it had to be in order for me to be stimulated.

For the past twenty-five years I have felt alone in this endeavor and believed the lie of Satan that I was the only filthy female that struggled with pornography addiction. On top of that, I had started watching it as a young teenager. I felt so dirty and defiled. Thanks to widely available information sharing in the current age, the pornography addiction of children is finally being brought into the light.

According to Heidi Olson (endsexualexploitation.org), a SANE (Sexual Assault Nurse Examiner) registered nurse in Kansas City, MO: “We’re seeing a rise in juvenile sex-offenders, so kids under the age of 15, who are committing the assaults. And we’re seeing that pornography is playing a huge role in that. [That] makes sense…Kids imitate what they see.” Halfway through the podcast I had to turn it off as my stomach lurched and I attempted to keep down the vomit trying to rise up, hearing the stories of child-on-child sexual assault. Unlike what I experienced that was not violent or scary, albeit inappropriate and psychologically damaging nonetheless, these assaults are oftentimes violent, brutal rapes.

Pornography is much more of a problem than simply being something that isn’t good for us to see. Lust is a powerful stronghold and it is warping the minds of our most innocent. It shouldn’t surprise us that pornography-viewing often leads to affairs, rape, and many other deviant sexual acts. Jesus said, “but I say unto you, That whosoever looketh on a woman to lust after her hath committed adultery with her already in his heart.” (Matthew 5:28, KJV). He also said in Matthew 15:19 that fornication (among other sins) proceeds out of the heart. What we think on and fantasize on, we will eventually act out or at least desire to.

Studies have found that pornography is re-wiring the brain at alarming rates. According to a wealth of information available online concerning pornography’s effect on the brain, it acts much like narcotic drugs. It releases dopamine and other chemicals that reward the act with euphoric feelings. Frequent discharges of dopamine makes one more tolerant of the chemical, requiring one to crave higher levels of it. “It [dopamine] also consolidates the connections between neurons in the brain that helped us accomplish that goal…Tolerance [of dopamine] drives a search for ramped-up stimulation, and this can drive the change in sexual tastes towards the extreme” (theguardian.com).

This is a serious problem for an adult. Many studies have proven that heavy pornography use leads to Erectile Dysfunction as well as dissatisfaction with their partner. But for a child whose brain is still developing, this is a five-alarm fire. In fact, in recent years, according to Olson, the biggest age-range of perpetrators is 11-15 year-olds. We know from non-porn related incidents that children will often act out what they see on television. However, they are no longer imitating cops and robbers in the backyard. Instead they are raping their sisters and molesting their friends. This is not just imitation for the sake of play, pornography eventually is not enough. There comes a point where one is compelled to act out what they have been watching. They become so tolerant of the dopamine that efforts to find stimulation must be ramped up. It festers in the mind like an oozing sore, leaching poison into the mind.

Sadly, sexual abuse, whether perpetrated by an adult or a child, is the number one common factor in those who identify as gay, lesbian and transgender. I have met many former LGBT persons and read many more such testimonies. Although this is certainly not true in all cases, In almost every single case there was either molestation, rape, or exposure to pornography in their childhood or young adulthood. In some cases, children who question their sexuality or gender because of what they hear in the media, are taught at school or hear from friends, often watch pornography to “see if it’s true”. They have bought the lie that if they watch gay pornography and like it, that must mean they too are gay.

However, these days children don’t even need a perpetrator in order to experience sexual abuse. Pornography is so readily available that many are being exposed, even accidentally, through popup ads, sexting, and videos they come across. The big, scary man in the unmarked van outside the school of the nineties was penetrating our homes through the family computer in the early 2000’s. Now, sexual acts with men and women and even children and many other fantasies are easily accessed with a single click in their hand-held phones.

I believe this is one major reason we are seeing such a rise in LGBT identities. Children are becoming exposed to something that their bodies are not developed to handle, and their brains are craving it like cocaine. A young boy may become stimulated watching an adult male and begin to believe he is gay, for example. I have personally heard that particular experience to be the first factor in what ultimately led to a homosexual identity in several cases. Porn use reinforces already perceived ideas about oneself by wiring these complexes into the “reward system” of the brain. (theguardian.com). Children that are molested by these pint-sized perpetrators may become more likely to identify as transgender in an attempt to escape what they experienced. Or, they may identify more with the opposite sex in the videos for one reason or another. In addition, the abused often become abusers (although certainly not in all cases). All of these factors have been combined into a horrible cocktail that is enslaving the most innocent among us. To this day, though restored and redeemed with no desire to view pornography, I still see flashes of images from things I have watched. They are burned into my mind and this has been a catastrophic consequence of what I used to think was just pleasurable.

So, while we are in a season of repentance for the sins of the nation concerning the horrific infanticide they call abortion, let us not forget the rampant sexual abuse and pornography in this country. The United States produces sixty percent of the world’s pornography sites, two-thirds of which are hosted in California. This pornography is accessible on google as well as social media apps your children visit every day such as Instagram and Snapchat. Personally, I am not familiar with Snapchat, but sources I read say that sexting is popular in Snapchat and even strippers and porn-stars have (at least in the past) charged small fees for viewing their content. This, despite the fact that Snapchat’s guidelines strictly prohibit such content. In today’s internet age, it has become almost impossible to fully police internet content. This is especially true concerning social media because of the ability to share and re-share. It can be nearly impossible to trace.

While we must love those who identify as LGBT, we must recognize that there is a cause for their feelings. God did not create anyone gay, lesbian, or transgender. To say so is to say that God created an abomination unto Himself. That would make God cruel. These children (and adults) who identify with such lifestyles desperately need godly counseling to uncover the driving factor behind their beliefs. However, they have still chosen to pursue these lifestyles, knowing that they are wrong. God makes it clear in Romans 1 that all men are aware of right and wrong, but they suppress the truth in unrighteousness and they exchange the truth for a lie. People trust their feelings and they love themselves more than they love God. God will give them over to their desires the more they reject Him. So yes, love the LGBT community, but for goodness sake, share the redeeming power of the gospel of Jesus Christ with them to heal, restore and to transform them.