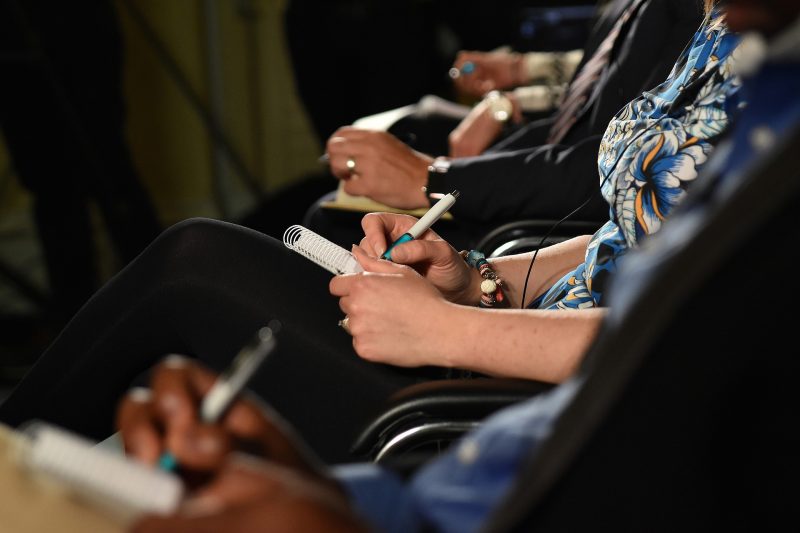 One of the most common objections today to telling someone the truth concerning sin and the need for repentance is the claim that if we do so, “we are offending people”. As Meeke Addison brilliantly said recently on the radio program Janet Mefferd Live, “It’s really foolish when the church takes its cues from the world but expects a godly result. So, the world has now redefined what it is to be a ‘moral and upstanding citizen’. The world has given us that definition and the church is taking notes. So, the church starts writing down, ‘Okay, we do this, and we do that, and we’re loving, check. And we don’t stand out, okay check. And we don’t speak out against sin and immorality, okay check. Got it. So now we live according to the world’s standard.” (Meeke Addison [Guest Host]. 2018, December 27. Janet Mefferd Live). We have allowed culture to redefine morality because we have stopped defining it for them. Or rather, we have stopped proclaiming God’s moral standard that He has already defined. When God’s moral standard is removed, there is a vacuum created. The world is chomping at the bit, ready to fill that vacuum with their own wisdom. We have tailored our response to sin to fit the world’s standard. Yet, the Bible is replete with verses that adamantly tell us that there is no wisdom at all, except it come from God. “The fear of the Lord is the beginning of knowledge: but fools despise wisdom and instruction.” (Proverbs 1:7). Psalm 111 also tells us, “The fear of the Lord is the beginning of wisdom: a good understanding have all they that do his commandments…” (Psalm 111:10).

This is interesting to me in that we are allowing, specifically, the LGBT community to redefine morality. This is neither loving, nor ultimately helpful for them or for the church. What they need is the wisdom of God. Romans 1:18-32 gives us a clear picture of how those who engage in homosexual and other rebellious behaviors have first rejected God (v. 21): “professing themselves to be wise they became fools” (v. 22), “changed the truth of God into a lie” (v. 25), and are without understanding (v. 31). As a result, God has given them over to a reprobate mind to do the things that they desire to do. According to the Lexicon concordance, the word reprobate, translated in many translations as debased, comes from the Greek words alpha (as a negative prefix) and dókimos. Dókimos comes from the root dexomai, meaning to receive or to welcome. Dókimos is an adjective that means “what passes the necessary test (scrutiny); hence acceptable because it is genuine (validated, verified)” (https://biblehub.com/greek/1384.htm). In other words, once one begins to reject the wisdom of God to follow after their own lusts, God gives them over to a reprobate mind, or a mind that rejects truth and has lost the ability to prove what is genuine or valid. That is why we so often hear those who practice homosexuality or transgenderism misquoting, misapplying, and twisting scripture. This is not to be hateful: I can clearly see in hindsight that I once had been given over to a reprobate mind as well. But it is for a warning. If you are constantly told by Christians that you are twisting the scripture, you had better heed their warning. As it is written, “20 Woe unto them that call evil good, and good evil; that put darkness for light, and light for darkness; that put bitter for sweet, and sweet for bitter! 21 Woe unto them that are wise in their own eyes, and prudent in their own sight!” (Isaiah 5:20-21).

For instance, likely the most common comeback to a Christian speaking the truth toward a sinful behavior is “Judge not, that ye be not judged,” (Matthew 7:1). But what we often fail to recognize is that we are not the judge of anyone, we are simply relaying what God has already said. Christ is our judge, and not just us as Christians, but Christ will judge the world whether they like it or not. He is the standard, and He has already laid out what is sin in His Word. We are to simply be messengers and warn others of their impending doom. How loving would it be to make someone feel good in this life, lulling them into a false sense of security, only to stand before Christ one day and hear “depart from me, I never knew you”?

Now we live in a culture where those who hate God have redefined love as tolerance, sexual deviance as orientation, and kindness and compassion have been equated with affirmation. They have exalted their own morality and what was up is now down, and what was love is now hate, and what was once taboo and shameful is not only accepted, but celebrated. And not only are they doing this for their own self-interests, but they are pushing this on our children to accept their definitions so that a child who is not “affirmed” will feel hated by their own family. Yet this affirmation not only will never bring true peace with one’s sin, but it actually leads to further bondage. In addition to the fact that Jesus said that whoever commits sin is the slave of sin (John 8:34), most who identify as homosexual or transgender have deep, emotional and psychological wounds from childhood due to physical and/or sexual abuse, abandonment, rejection, or neglect.

The church seems to be at opposite ends of the spectrum and a bitter division is masquerading as a friendly debate. Some within the church would have us condemn homosexuals to hell and throw them to the wolves as if they are beyond the reach of Christ. On the other end of the dodgeball court, the rest of the church would have us hold their hand, build their self-esteem and make them feel welcome in the church as they are and never call them to repentance. This position is just as unloving, though it is painted with a brush that the LGBT community has labeled as love. The world cannot define love because love is not an idea, it is a person. If Christ is both love and truth, they cannot be divided any more than Christ can.

Christ was the most loving man who ever lived, and they hated Him and nailed Him to a cross. Though He loved and had compassion on sinners, He never affirmed their sinful behaviors or choices. The woman caught in adultery is often parroted in a one-line quip of “stop throwing stones” or “he who is without sin cast the first stone”. Yet, they sneer if you remind them of the last verse in that story: “10 When Jesus had lifted up himself, and saw none but the woman, he said unto her, Woman, where are those thine accusers? hath no man condemned thee? 11 She said, No man, Lord. And Jesus said unto her, Neither do I condemn thee: go, and sin no more.”

A former transsexual, David Arthur, said in his testimony at Trinity Eastern Gate Church (Pickering, Ohio, Jan. 15, 2019): “Ya’ll need to stop lovin’ people to death, literally loving them to hell because you don’t want to offend them and hurt their feelings…Start loving people to life.” (https://www.youtube.com/watch?v=RVAXNsQ8_sQ).