Remember What God Has Done 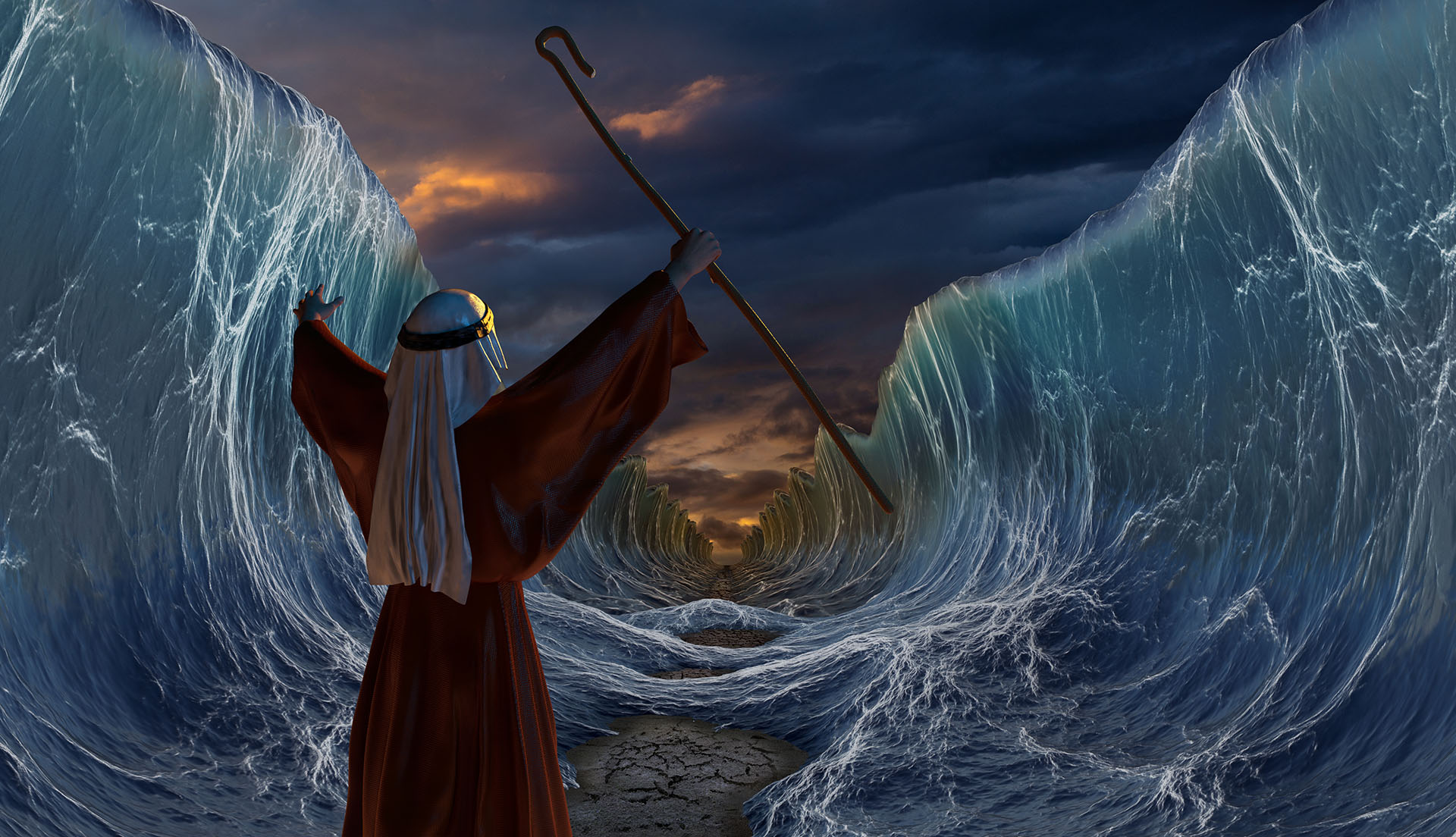 Have you ever felt that you had prayed for something for so long that God obviously wasn’t going to answer it? Did you begin to believe that it was always going to be that way, that it was never going to change? Think back to a time in your life to a prayer request God has answered. Was there a time when you weren’t sure God was listening to that prayer?

We know that Satan is no match for God, that God first of all created him, and that he only has power and authority so long as God permits it (Job 1, Ezekiel 28). However, Satan at his very core wants to exalt himself and be worshipped as God (Isaiah 14:12-15). He will often whisper in our ears and either promise us something he cannot deliver or get us to doubt that God can. We will take a deeper look at both of these lies of the enemy.

Imagine for a moment that you have put God on trial, that you are allowing God and Satan to make their case. Both of them promise you various things. What’s most interesting about Satan, keeping in mind his desire to be God, is that he often promises what God has already promised. Satan often offers a short cut, or perhaps a more tangible way to fulfill our desires. Satan reminds you of the garden of Eden and what he promised Eve. He is offering you the same, hoping you will forget the devastating consequences that ensued. He reminds you that he promised three things: 1) that she and Adam would have pleasure in what he offered, 2) that they would not die (not face the consequences God had established), and 3) that they would have knowledge that would make them like God. The saddest part of the story to me is that Adam and Eve lusted after, and thus were drawn away into rebellion, for three things that God had already given them or promised to give them. 1) They had pleasure in that they walked with God in intimate face-to-face fellowship and lived in a perfect paradise, 2) they already had eternal life as long as they obeyed Him, and 3) God would have revealed Himself as they walked with Him. They could have asked Him anything they wanted.

Satan is not as creative as we give him credit for. He is crafty, but he steals from God. His two most defining characteristics are that he is a thief (John 10:10) and a liar (John 8:44). He often promises what he cannot deliver. He offered Adam and Eve pleasure without consequences, and they both died and sin entered the world through Adam. He convinced Ananias that he could lie for material gain without being found out, and God struck him dead. He offered Jesus the kingdoms of the world, and although Satan has been given authority over them for now, God is the one who establishes kings and kingdoms.

So how do we know we can trust God’s promises? If we compare them side-by-side, if they each plead their case without any evidence, then our faith might be a case of “eeny-meeny-miny-mo”. Satan comes to you with subtlety of words, with smooth speech and dazzling promises of pleasure and gratification. But how does God ask us to trust Him? What is our faith in Him and in His promises based upon? Over and over again God said to Israel, “remember what I have done for you”. This is a recurring theme over and over and over again in the Old Testament. God had them build memorials as reminders of what He had done and implored them to teach their children what they meant. We see this in the case of the twelve stones Joshua built on the Canaan side of the Jordan, the altar Moses built at the foot of Mt. Sinai (Exodus 12), the rainbow God put in the sky to remind them He would never again destroy the earth with a flood, and many more.

God’s promises, unlike Satan’s are built on what God has already done. We know we can trust God in the future because He has been faithful in the past. Sometimes this experience is in our own life and sometimes it is in the life of another. When we are struggling in prayer Satan will promise us the easy way out. He will convince us it will never change. He whispers, “give up, just enjoy life because its never going to get any better”. That’s all Satan has to offer. He has no basis for it, he is simply hoping you will believe it. Instead, God implores us to remember what He has done. Remember past prayers He has answered, remember miracles in your life, remember what He has done in the lives of others. Hebrews 11:1 says “Now faith is the substance of things hoped for, the evidence of things not seen.” The word substance in the Greek is hypostasis. According to Strong’s it means “to possess, standing under a guaranteed agreement (“title-deed”);”. Evidence in the Greek is élegxos, which means a proof. Our faith is not blind, it is not based on the whimsical musings of a fickle being in the sky who is toying with us for his pleasure. God does not promise us everything we want, but He will not fail to deliver everything He has promised.

I also want to encourage you that often times your prayers are being answered, even though you don’t know it or see it. My parents were praying for me for much of my life, but specifically during the years I lived as transgender I can look back and see their prayers being answered. The following are things my parents did not know until years later after I came home.

They began to pray early on that God would draw me back to Him. He did this throughout all those years, but even in the very first year, He used my partner to lead me to seek truth for the first time in my life. God spared my life in allowing me to settle down with that partner. My parents were unaware I had been travelling all over the state for random sexual encounters, putting myself in severe danger. I stopped that self-destructing path when I moved in with him. God also used my partner to help me quit drinking and partying. Because he was transitioning from male to female, the cross-sex hormones made him completely lose his sex drive. God took me as a complete sex fiend and allowed me to be in a committed relationship with a man with no sex drive.

God also began speaking to me in my dreams and gave me desires for things completely out of character. For instance, one night I was driving down a familiar road in town and for no explainable reason, I turned off my rock music and tuned into the local Christian station out of the blue. That night, I felt as though something had awakened inside me. I felt God’s presence. Yet, that was in 2009, seven years before I would come home. Later that year, my parents prayed for me when I went to have my chest surgery and although I went through with it, it was there on the operating table that I prayed for the first time in many years, asking God to spare my life.

Over the years God began to reveal the insanity of it all, the lies I had believed, the reality that I was living a lie and that transitioning to a man was not biologically possible. He revealed to me how truly miserable was and that I wasn’t as happy as I claimed to be. It took a long time for God to break down my defenses, to make me hate the lie I was living, and to allow me to recognize the bondage I had put myself in. He was incredibly long-suffering, patient and gentle. He led me along through the dark valley of sin, showing me the truth a little at a time. Over time, I began to hate the life I was living. If He had tried to yank me out before that, I would have gone right back to it. I had to see that it was all a lie and that my desires were not worth what I was doing to myself. He was walking beside me the whole time even though I didn’t know He was there.

Then, when it came time, He opened my eyes and lifted the veil. He showed me a radical transformation in my mother. He showed me that the redeeming power of Jesus Christ was real. I gave my heart to Jesus and the foundation of everything I had been taught all my life: all the hymns, all the scripture, all the Bible stories, all came flooding back. Suddenly it all made sense. He had torn down—it was time to build up. The soil was finally fertile, and the seed began to grow. For a year-and-a-half He allowed me to grow in my faith as He built my root system. So that when I was delivered, I shot forth a thriving, growing plant for His glory, never to return to that filth which I’d been rescued from.

If you are awaiting a miracle in your prodigal’s life and you have not yet seen it, I would encourage you to submerge yourself in the Word of God and in the testimonies of those who have overcome what your prodigal is trapped in. There are now thousands of ex-LGBT testimonies declaring radical freedom found in Christ. His arm is not too short to save. He may just be preparing the road ahead of them. Remember the parable of the seeds. We often want to see results right now and we want our trial to be over. But Jesus said that if a seed springs up immediately it will be scorched by the sun and whither because it has no root. Allow God time to till the soil in their heart and allow the seed to grow. Give God the time to establish in them a strong, steady root system so that when He does deliver them they will not whither. Rather, they will spring forth an abundant, transformed life that will bear much fruit.

3 thoughts on “Remember What God Has Done”