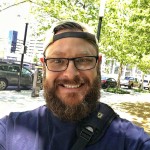 I love the word of God. Since 1999 it has transformed my life, my heart, my mind. Through it I have heard God speak, I have received direction, and a deeper understanding that promises to get richer and fuller as I continue to seek the one who has been from the beginning.

Right off the bat, I want to point out two really important facts. The Bible starts off with a man and his bride ( Genesis 1:27) , and it ends with a King and His Bride (Revelation 19:7), and make no mistake, the in between is riddled beautifully with the echo of a one-flesh covenant between and man and a woman. This is NOT a mistake.

As the word of God gets denigrated and relegated to the equivalent of a Grimm’s fairy tale, I’ve felt my heart and my spirit feel provoked to grief at the misaligning of truth, and everything He has ever shown me in regards to His will for my sexuality and for all mankind.

There’s been this gnawing at me to say something , to refute what I see being relegated as truth by even the most sincere people who delight in calling themselves Christian while coming alongside all things LGBTQ+ and not only blessing them, but affirming something that is clearly defined as immoral, abominable and perverted in the word of God.

Recently I had this prompting to go back to Genesis 1 and look a little deeper, and I saw something I had not seen before. Before Adam was created, God had ALREADY established the vital component to procreation, the prerequisite of a male and female species that were able to be ” fruitful and multiply”. There it was. Male and Female. God had already began creating creatures within the male and female complementarianism model when He said , ” Let us make man in our image”. Form follows thought.

There is was staring wonderfully back at me, the deliberate intent in which God created everything. Genesis 1:20-23 says –

“Then God said, “Let the waters teem with swarms of living creatures, and let birds fly above the earth in the open expanse of the heavens.” God created the great sea monsters and every living creature that moves, with which the waters swarmed after their kind, and every winged bird after its kind; and God saw that it was good. God blessed them, saying, “Be fruitful and multiply, and fill the waters in the seas, and let birds multiply on the earth.” There was evening and there was morning, a fifth day.

Be fruitful and multiply.

When God began creating living things He designed them specifically with a requirement for a male and female component that would allow them to be fruitful and multiply. Here we see the echo of a profound truth. He provides what we need to fulfill His command.

Since the time I have come out of living a out and proud gay-identified life, I’ve watched as God has restored my masculinity to me and reaffirmed the truth that at the time I was NOT seeking, I was just following Jesus, and as I surrendered again and again every area of my life (still surrendering by the way), I began to notice He was doing something very specific in me, and as I have met more people who have been set free, they, too, have been experiencing this very same thing. That mankind was NEVER created to be anything but man for woman and woman for man. And I’ll even go one step further, in that according to Genesis 2:18:

18 Then the Lord God said, “It is not good for the man to be alone; I will make him a helper suitable for him.” 19 Out of the ground the Lord God formed every beast of the field and every bird of the sky, and brought them to the man to see what he would call them; and whatever the man called a living creature, that was its name. 20 The man gave names to all the cattle, and to the birds of the sky, and to every beast of the field, but for Adam there was not found a helper suitable for him.

I tend to reason logically, and so my argument is this – If God was looking for a helper suitable for Adam, why didn’t He create a man AND a woman, and present them to Adam to choose for a helpmate? I cringe every single time someone gay identified declares emphatically “I was born this way”. The facts alone in Genesis point to a deliberate intent on God’s part to create a counterpart that was perfectly suited to meet ALL of Adam’s needs. And isn’t that just like God to know what we need and how to meet it? Yet, still there are those out there that maintain that Jesus wasn’t aware of committed, monogamous homosexual relationships. ( I find this laughable given that they clearly don’t understand who Jesus was and is- and is to come. Revelation 1:8)

Being a participant and now leader in Living Waters, (a program we host that deals with relational and sexual brokenness that was developed by Desert Steams ministries.) the beauty of the Imago Dei captures my heart. Coming to understand God’s creative intent for mankind has made straight many crooked lines in my soul created by abuse, pornography, and sexual immorality. The devil knows what he’s doing……but God, moreso.

Romans 1 tells us that on the day of Judgement there will be no excuse for anyone, vs 20. And when we look at the way everything is made, down to the microscopic level, we see a marvel of engineering. Even the human body is a fascinating mechanism. When one peers into the microscopic level , they see how every cell is designed in such a way as to perform specific functions like a factory. This is incredible, and it highlights Psalm 139:14, that we are fearfully and wonderfully made. Indeed this makes my heart glad in the Lord for how I’m made. And it should make you, the reader, glad too, knowing that you are not a mistake, and whatever you struggle with, the word of God can and does bring clarity and understanding. It all starts with the word! John 1:1

I’m going to conclude this by saying God does not make mistakes, we do, and our feelings do not trump the truth of God’s word, or His divine intent on how he has created man and woman. I see the truth so clearly, so amazingly well, and it frustrates me to no end to see what God has created become a tool in the hands of the devil because of disobedience. (Ephesians 5:6.) The church desperately needs to wake up!

For this reason it says, ” Awake, sleeper, and arise from the dead, and Christ will shine on you.” Ephesians 5:14.

and here is my testimony as well: https://www.firststone.org/articles/post/discovering-my-true-identity

As a full time staff member I am required to raise my own support. Please prayerfully consider supporting me monthly so that I can continue to flourish in my position as a men’s minister. https://www.firststone.org/donate

Jim is a men’s minister with First Stone Ministries, he leads the parents support group, and does pastoral care/biblical discipleship helping men find last freedom from sexual and relational brokenness. He has two adult daughters, and has been a member of Bridgeway Church for 17 yrs.